Biblically speaking, ‘Presbuteros’ is the Greek word meaning “elder”. It is used 72 times in the New Testament. It is the root of our name, Presbyterian, and simply denotes that we are ‘ruled by elders.’ Presbyterians trace their history to the 16thcentury and the Protestant Reformation, a major European religious movement aimed initially at reforming practices of the Roman Catholic Church.

Prominent figures in the Reformation had an influence on the Presbyterian Church and we count them in our ancestral lineage. Martin Luther (1483-1546) was a Roman Catholic monk who nailed his 95 Theses to the Wittenberg Church door in 1517 articulating a need for church reform. Huldreich Zwingli (1484-1531) was a theologian and leader of the early Reformation movements in Switzerland where John Calvin (1509-1564), who fled religious persecution in France, settled in Geneva in 1536. Calvin’s writings crystallized much of the Reformed thinking that came before him. John Knox (1513-1572), a disciple of Calvin, took the Reformed movement to Scotland. Many refer to Knox as the “Father of Presbyterianism.”

Many of the early Presbyterians in America came from England, Scotland and Ireland. The first American Presbytery was organized in 1706, the first synod in 1717; the first General Assembly was held in 1789. The first Assembly was convened by the Rev. John Witherspoon, the only minister to sign the Declaration of Independence. As Presbyterians, we have a form of government that stresses the active, representational leadership of both ministers and church members, men and women alike. We are distinctly a confessional and a connectional church.

We rejoice in the rich heritage that we have in the Protestant Reformation which calls us to focus on a return to the Bible as our authority for work and worship; the knowledge of the grace of God through faith in Christ; and affirmation of God’s sovereignty and holiness.

More information on our denomination and activities of the wider church may be found on the PC (USA) website, www.pcusa.org. 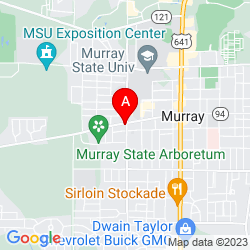